Hundreds of thousands of images are captured every year . Most of them go unnoticed while some of them leaves a mark in the world of photography . From 'Rohingya Mass Killing' to 'White Supremacists' Torch March' in Charlottesville  , lets take a look of the pictures that left a great impact in the year of 2017.

Amazing video waiting at the end of this article. 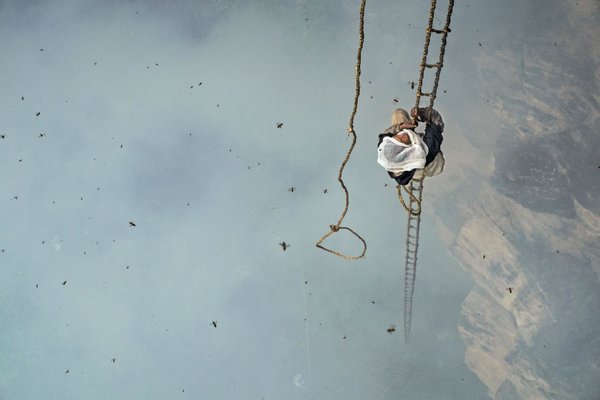 Mauli Dhan climbs a hundred feet up a bamboo rope ladder to his prize: a hive filled with neurotoxic honey. Smoke from smoldering grass disorients the bees, possibly reducing the number of stings Mauli will suffer. Before he grabs the support rope beside him, a misstep could be fatal. 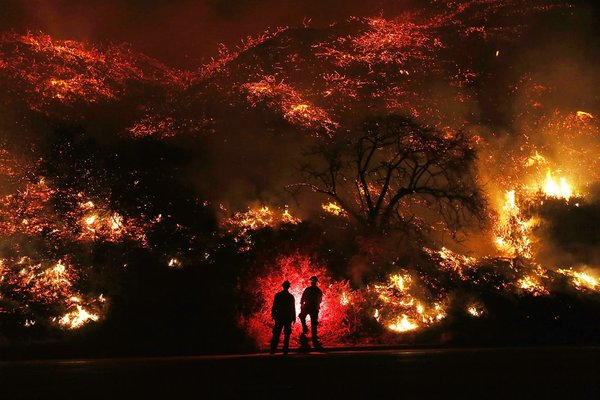 Mario Tama said, "This was the Thomas fire, one of several wildfires burning at the time. The flames had almost reached the ocean and were burning along the edge of the highway – cars were driving past just feet away. I saw the two firefighters working with a flare device and it looked really visually striking. I asked if I could take their photograph and waited until they were framed by the flames. I'd never photographed wildfires before, so to me everything looked interesting and amazing. But it was also incredibly sad. I learned that even when it feels very intense and powerful, that doesn't necessarily mean your photograph will speak volumes. You need to look for moments of humanity." 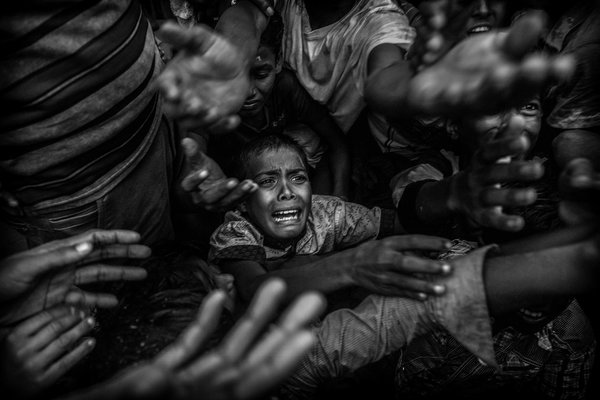 Kevin took this photo on his first day at Cox Bazaar where refugees were arriving . Kevin says, "I was driving near the border, and the streets were lined with people looking for aid. They started giving out white bags – I think they were full of food – but they were so limited that people were fighting for them. Children had been sitting on the ground, but they leapt up and this boy fought his way through the crowd. I think his crying was a reaction to everything happening around him – the combination of it being hot, him being pushed and being desperate. I looked at the photographs afterwards and I can't tell if he ever got anything – he just disappeared into the chaos."  . 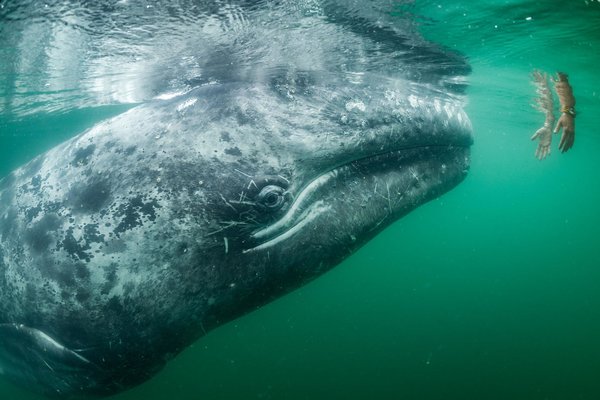 A tourist on a boat in Laguna San Ignacio reaches into the water in the hope of petting one of many gray whales that frequent the bay to mate and care for their young. Once feared by fishermen, the unusually friendly animals are now a crucial part of the economy. 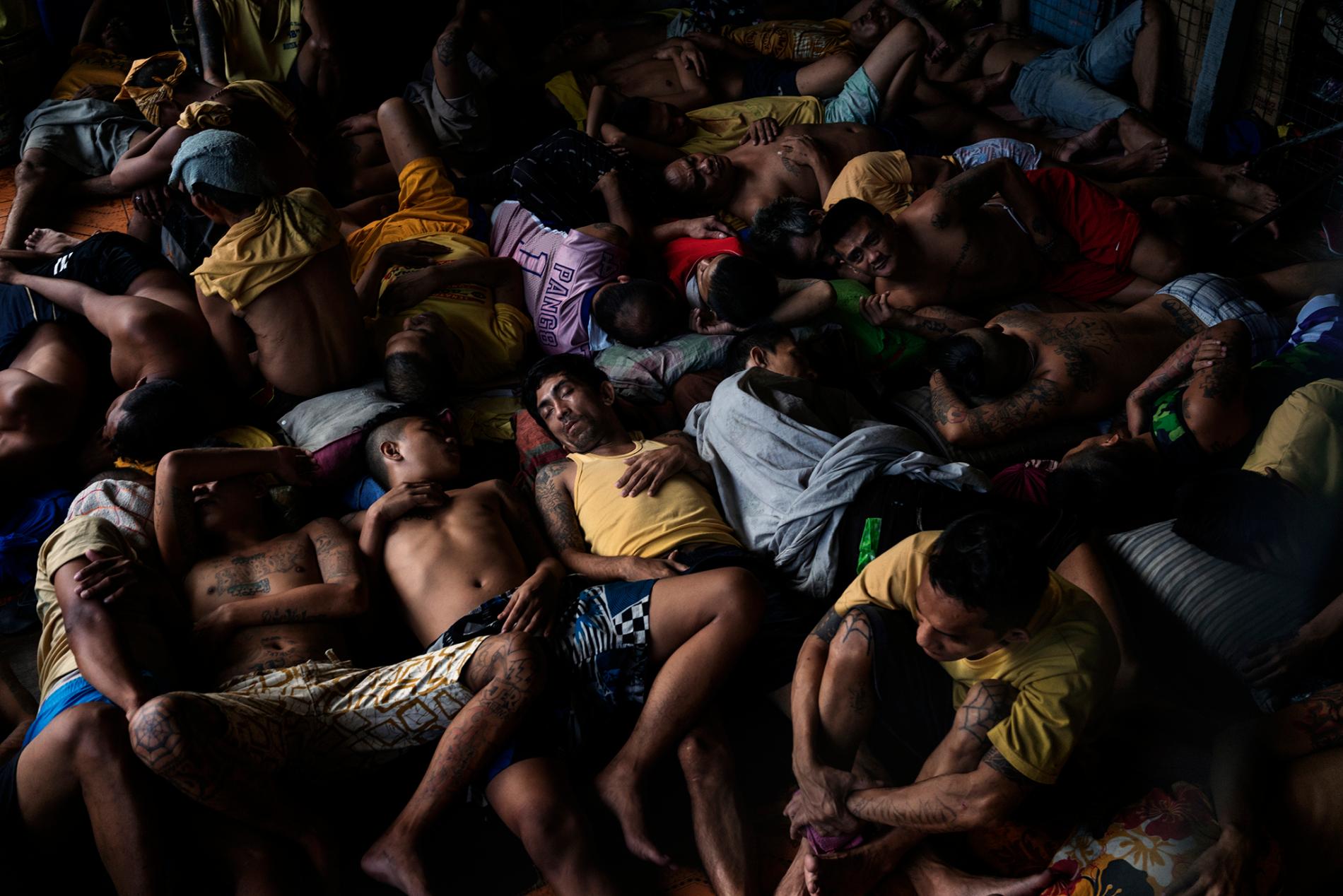 'Drug Crisis' in Philippines has become a burning topic with almost over 60 percent of male population buried in it in one way or the other. In the overcrowded Quezon City Jail, 2,072 of 3,036 inmates are imprisoned for drug-related offenses. 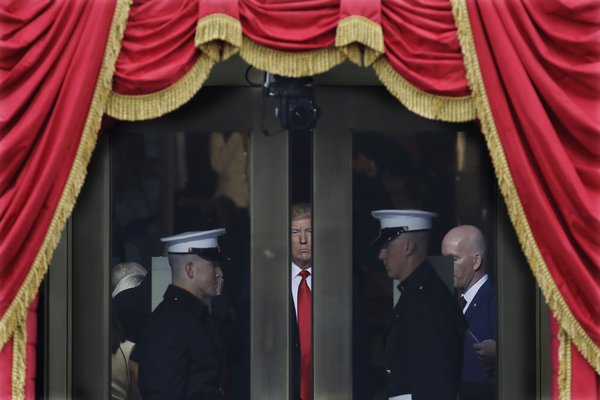 This Photo Was Taken By Patrick Semansky

Patrick says, "I was on a tower in the centre looking right at the podium. From there, I could see into the hallway where Trump was waiting. Mike Pence came out, then Trump moved into his spot, and just as the doors were closing I focused on him. There were two marines opening the doors, so at the first sign of movement I started to shoot. I was too nervous to check if Trump was in focus. When I looked through the images afterwards, you could see him close his eyes and take a breath – but I can't say what was going through his head." 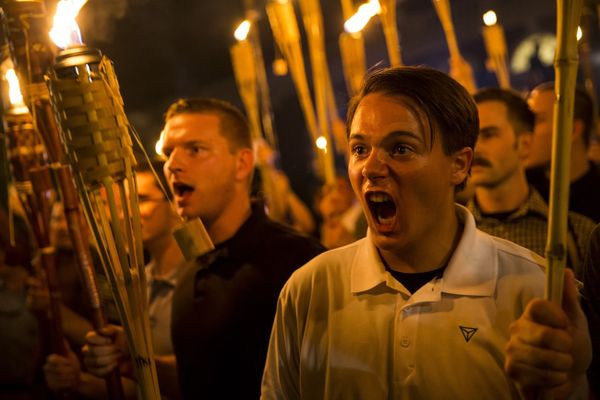 ​This Photo Was Taken By Samuel Corum

This is what Samuel said after capturing this shot. Samuel Said, "I had heard rumours that there was going to be a torch march the night before the main Unite the Right rally in Charlottesville. Slowly, groups of people came, and pickup trucks started handing out torches. It was surreal. I expected to be hassled but I wasn't. I was stunned that they were unafraid to show their faces. The guy in the white shirt, Peter Cvjetanovic, did an interview afterwards. He said he was not racist, it shouldn't be taken out of context. But that was the context. They were chanting, "You will not replace us" – and he was shouting at the top of his lungs." 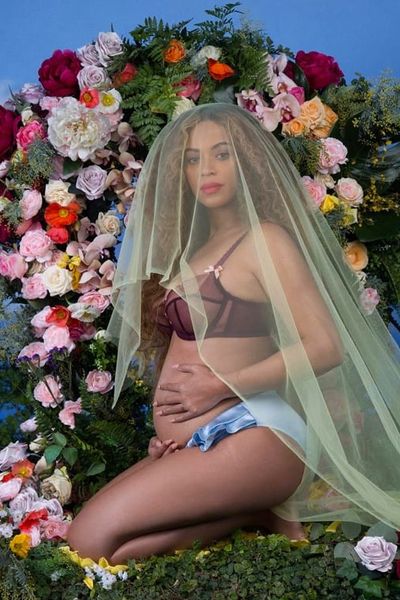 ​A photograph of Beyoncé pregnant with twins by the artist Awol Erizku, which was later shared by Beyonce And JayZ over Instagram. 'This Photograph' became the most liked photograph of 2017.


9.Refugees From a Capsized Boat 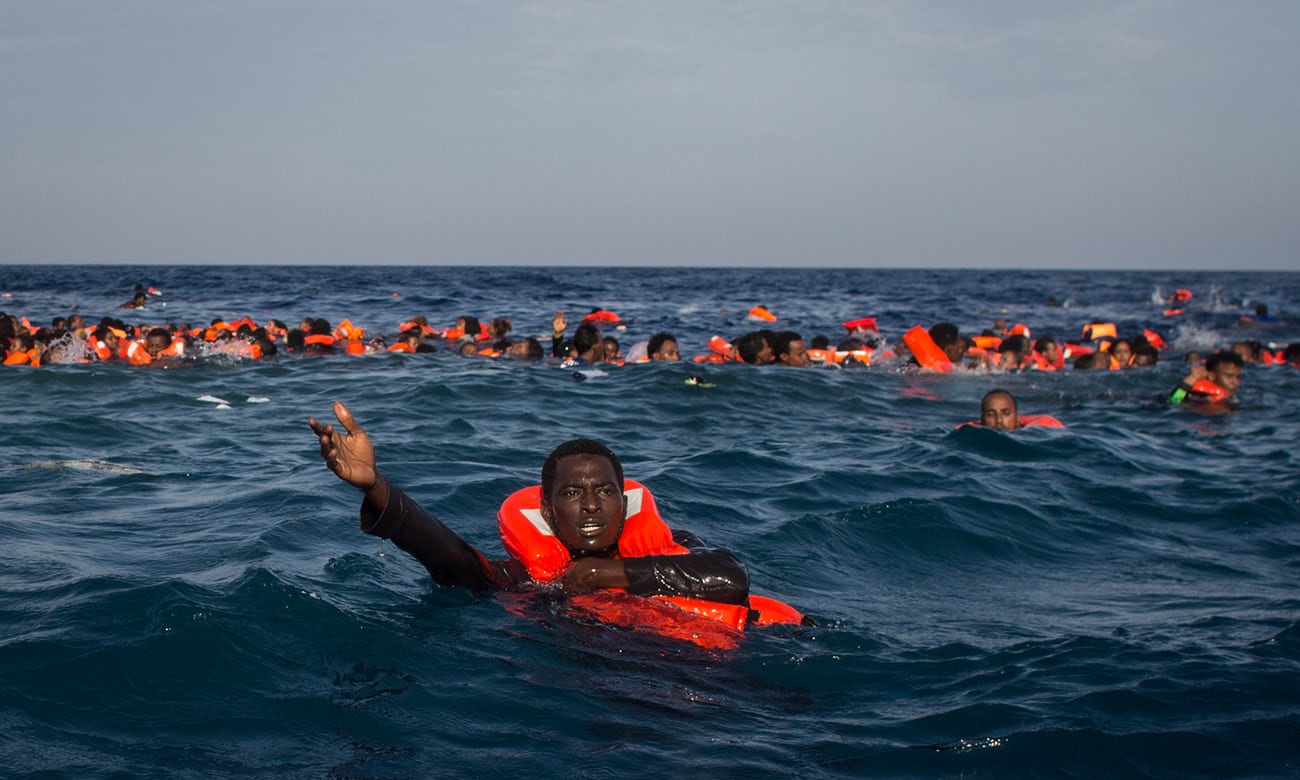 This Photo Was Taken By Chris McGrath

Chris Said, "I did a month with the Migrant Offshore Aid Station (MOAS) and each rescue took weeks. When we reached the migrants, they were not in the water – the rescue workers gave out lifejackets and tried to find out more about the situation on board. I didn't see the boat capsize – but it was so full, I think there were about 600 on the boat, which should hold 50. Once everyone ended up in the water, it was really a different assignment. I went from trying to make the best picture to being part of the rescue crew. I had people coming over with their arms outstretched – you can't take a photo and not pull them in." 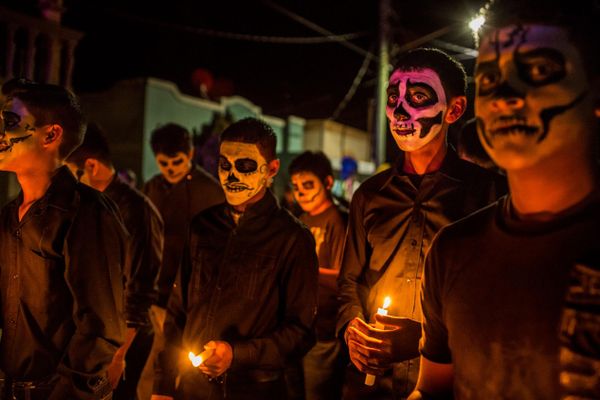 This Photo Was Published In "How The Triggered Massacre In Mexico"

In 2011, the Zetas cartel, seeking revenge against members believed to be informants, rampaged through Allende and neighboring towns, killing dozens, and possibly hundreds. For this stricken community, the Day of the Dead holiday, when Mexicans honor their ancestors, has taken on extra poignancy.

​Your Wait FOR THE VIDEO ENDS HERE:​