Upcoming Events And Festival In 2018 You Can't Afford To Miss

Good news for all the active and potential travelers of year 2018.  From Belgium and United States in the west to Taiwan and India in the east, there is an event for every traveler from every genre. With hundreds of events happening this year, don't just get confused with which one to choose. We have created list for you that will definitely help you choose the best for you, your family and your friends. So don't just sit back in dilemma thinking which one to attend, just scroll down and know what is best for you.


Scheduled To Happen on 2nd Of March 2018 In Pingxi, Taiwan 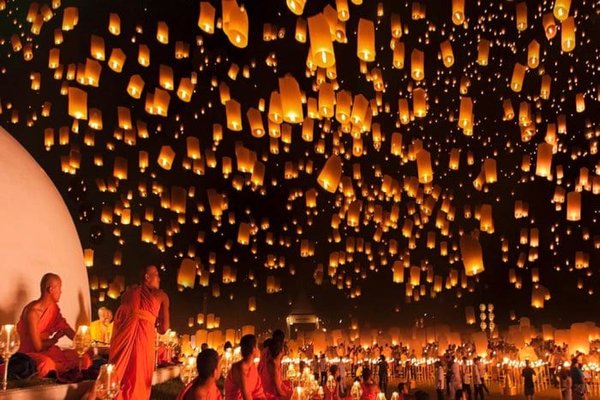 The Lantern Festival of Taiwan is a 2000 year old culture celebrated in the reign of Xing Dynasty at that time. At that time, bands of outlaws frequently raided the lowland villages, forcing residents to seek refuge in the mountains. Village watchmen used "fire balloons" as signals to inform the residents that their houses were safe once again and when those hiding in the hills saw the celestial flares, they knew it was time to go home. Today these lanterns have two main purposes. One: they display scribbled messages of the hopes and dreams of the purchaser who then release them into the night sky by the power of fire; and Two: they represent the end of the Chinese New Year period and their release symbolizes the shedding of outdated ways and embracing the future.

Scheduled To Happen On 2nd Of  March 2018 At Pushkar, India 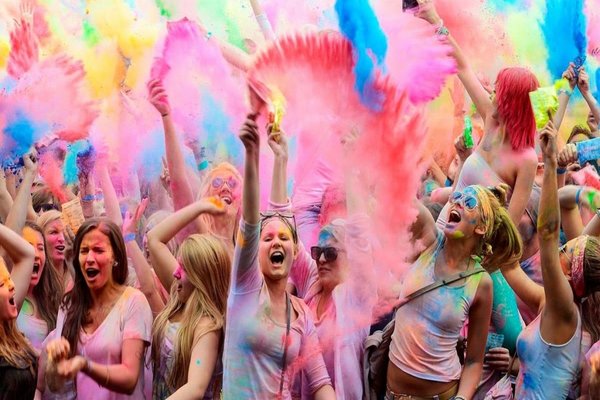 Holi Being Celebrated In Pushkar, India

Holi, a traditional Hindu festival, celebrates the beginning of spring as well as the triumph of good over evil.The annual Holi Festival celebration in India is known for its vibrant display of color and beautiful meaning of unity. Each year the Indian people come together to throw colors and celebrate how the color unifies them and washes away their differences for the duration of the day. Every person in India celebrates the holiday and it is truly a spectacle to behold for a foreign visitor. The festival starts out quite mild in the morning and grows into a crazy and colorful, almost out of control, party by the afternoon. It is mostly celebrated on the streets with loud music before people retreat to private house parties to eat and continue the celebration.

Scheduled To Happen From 9th To 13th Of March 2018 At Austin, Texas USA 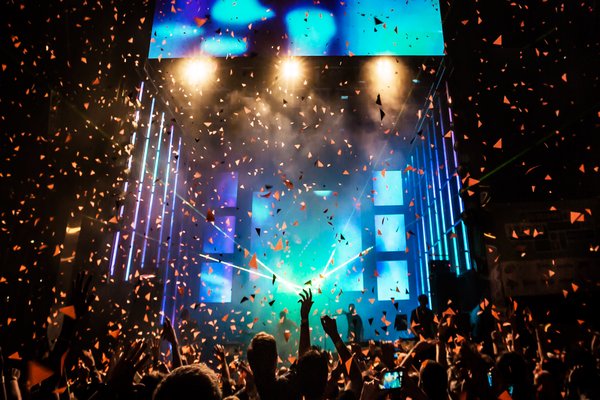 South By Southwest dedicates itself to helping creative people achieve their goals. Founded in 1987 in Austin, Texas, SXSW is best known for its conference and festivals that celebrate the convergence of the interactive, film, and music industries. The event, an essential destination for global professionals, features sessions, showcases, screenings, exhibitions, and a variety of networking opportunities. SXSW proves that the most unexpected discoveries happen when diverse topics and people come together.

Scheduled To Happen On 27th Of April 2018 At Amsterdam 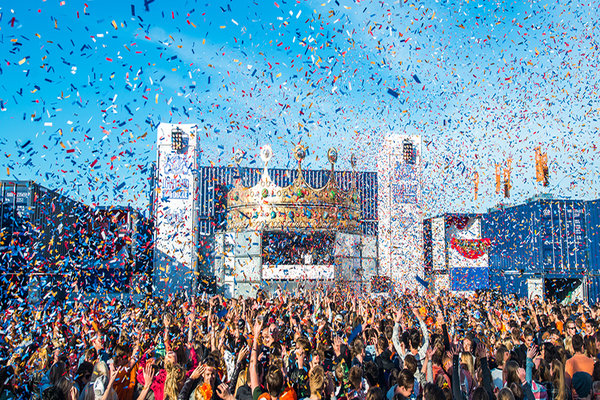 Amsterdam celebrated King's Day (Koningsdag) for the first time in 2014, after the inauguration of King Willem-Alexander on 30 April 2013 (what was then still Queen's Day).King's Day is a public holiday but certainly not a day of rest. The Dutch, expats and tourists alike flock to Amsterdam for a day of celebration. The fun traditionally begins on the eve of the big day (King's Night) with the carnival atmosphere continuing throughout the city on King's Day. DJs play parties on public squares, brightly decorated boats fill canals and live music spills onto streets from cafe patios. 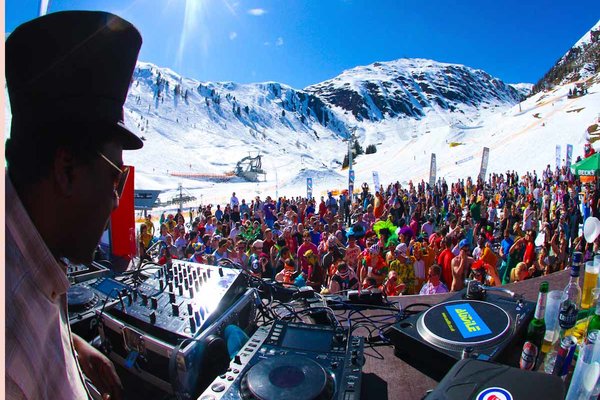 Snowbombing. Where to start... Mayrhofen, Austria, that's where. The leading music festival on snow, 8,497ft above ordinary, in one of the finest ski resorts in Europe. Showcasing 100+ acts in the most unique venues imaginable (think igloo rave, enchanted forest party, subterranean super club, Austria's largest fancy dress street party). Luxury spas, authentic alpine cuisine and not a tent in sight. Blue runs, black runs, schnapps runs. Chalet go on? 19 years strong and reliably the best of it's kind, with an unbeatable reputation and world class talent unmatched across the mountains. The Original. Unparalleled. Undeniably epic. 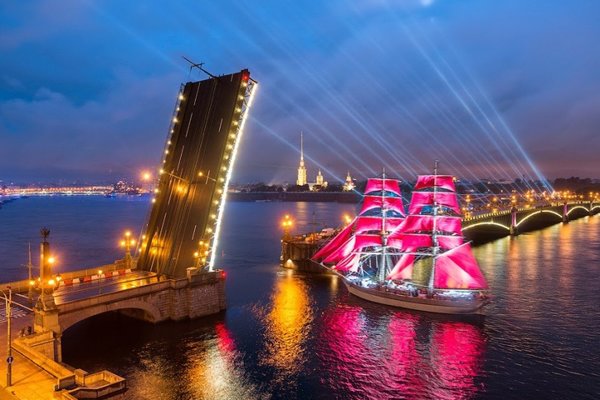 Opening of the Palace Bridge during the White Nights, St. Petersburg

This is a time when St Petersburg is at its most lustrous, when zhizni radost – the peculiarly Russian brand of joie de vivre – is irresistible. White Nights revelling starts in May, when the city finally succumbs to spring and the parks are filled with flowering trees, but mid-June is peak time, as the sun slumps lazily towards the horizon but never fully sets. Here are some White Nights (and summer day) experiences not to miss in St Petersburg. This is it, the high point of all the White Nights revelry. The Scarlet Sails event in late June is the biggest annual public gathering in Russia (over a million people attend). There's a mock pirate battle on the Neva River, then a firework extravaganza, culminating in the appearance of a tall ship with blood-red sails. The imagery originates from a popular Russian children's book, but the Scarlet Sails have become the consummate symbol of White Nights, and perhaps the most special moment of a St Petersburg summer. 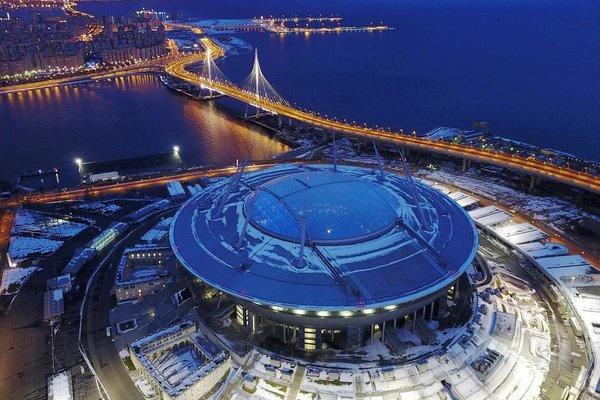 This event needs no introduction. Being the biggest football event, this year Russia is hosting FIFA World Cup 2018. Home to over 130 nationalities and 12.3 million residents, Moscow is served by three international airports and the world's second busiest underground system. If one hasn't visited Moscow lately, one hasn't visited Moscow. Luzhniki Stadium is located at the centre of Moscow's 145-hectare Olympic complex, one of the largest sports complexes in the world. Luzhniki Stadium will be the main venue and the heart of the 2018 FIFA World Cup™ tournament, used for the Opening Match, a semi-final and the Final. The Luzhniki sports complex stretches along the Moscow River and lies opposite the beautiful Vorob'evy Hills Natural Park. The majestic Moscow State University observation area overlooks the stadium. 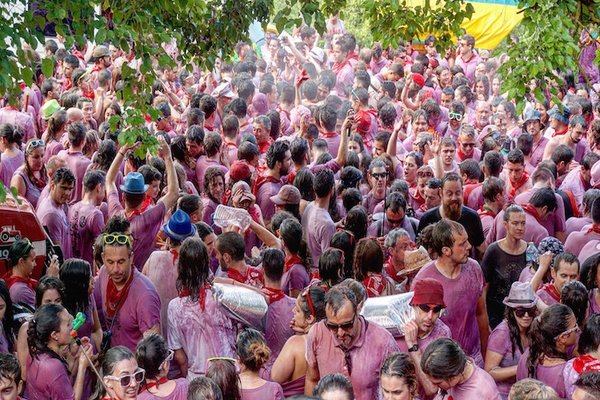 A battle so fierce that the vineyard and surrounding hillsides turn purple, so violent that the weary and wounded stumble away from the fighting covered from head to toe in what is, in fact, glorious and gorgeous red wine. This is San Vino Wine Fight Festival 2018, a wine throwing festival also known as La Batalla del Vino de Haro or Haro Wine Festival, which takes place on 29th June.


Scheduled To Happen From 20th-22nd Of July And From 27th-29th Of July 2018 in Provinciaal Recreatiedomein De Schorre, Boom, Belgium 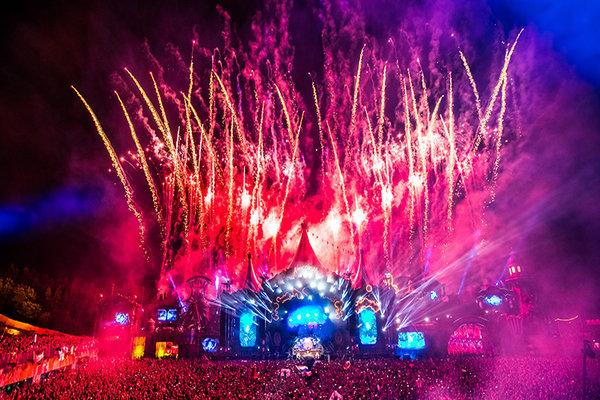 DreamVille is a vibrant city that welcomes tens of thousands festival visitors after an exuberant day at Tomorrowland. A city where different personalities meet and where international friendships are made. A city where the People of Tomorrow eat, sleep, live and especially enjoy their 5-day experience. In addition to being a festival camping ground, DreamVille is primarily a place to forge friendships, share experiences and recharge your batteries. In short, it's an experience and location that the whole world comes home to. Go Grab Your Ticket Now. 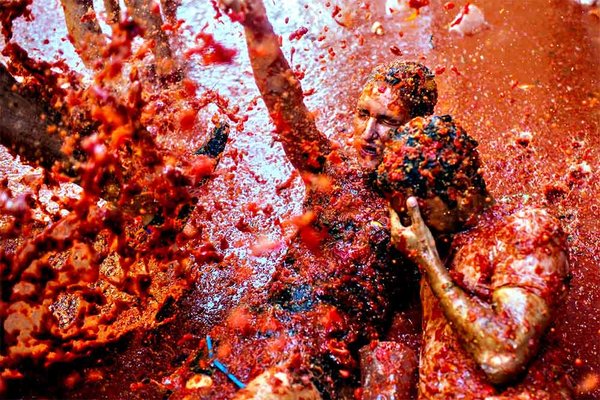 La Tomatina is a food fight festival held on the last Wednesday of August each year in the town of Bunol near to Valencia in Spain. Thousands upon thousands of people make their way from all corners of the world to fight in this 'World's Biggest Food Fight' where more than one hundred metric tons of over-ripe tomatoes are thrown in the streets.

There is limited accommodation for people who come to La Tomatina, so many people take the easier option of staying in nearby Valencia just 38km to Bunol by bus or train. In preparation for the dirty mess that will ensue, shopkeepers use huge plastic covers on their storefronts in order to protect them from the carnage. 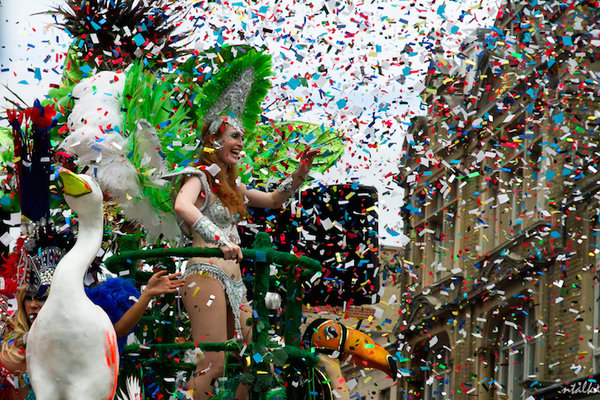 Watch elaborate floats and colourful costumed performers wind their way through the streets in the carnival parade, dance to the sound of steel bands and calypso music, and visit the tempting food stalls along the route.

Scheduled To Happen From 22nd Of September To 7th Of October 2018 In Munich, Germany 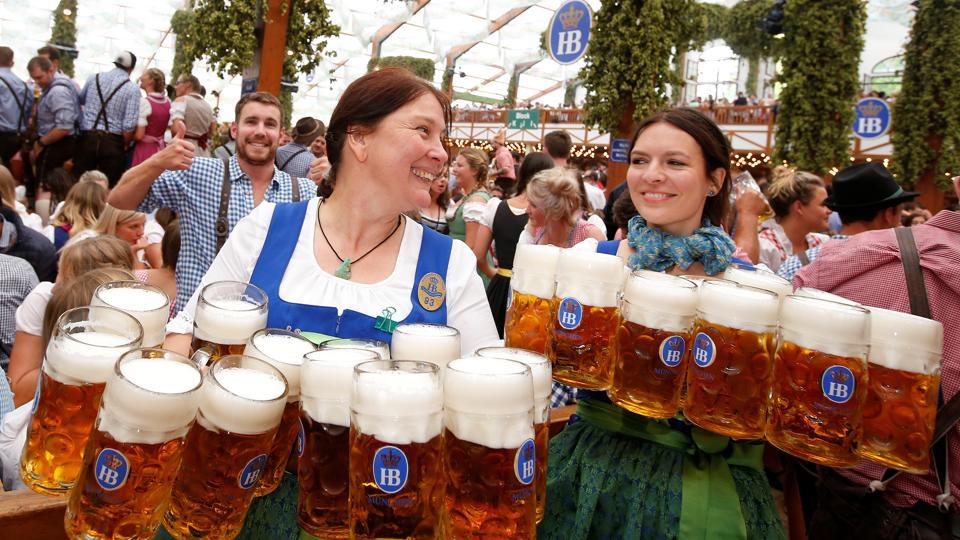 The Munich Oktoberfest justly lays claim to being the world's largest folk festival (yes, it's not just about drinking beer). Over the past decade it has attracted an average of around six million visitors a year, who between them consume almost seven million litres of beer and munch their way through thousands of grilled sausages, chickens, giant pretzels and – for those really wanting to soak it all up – wild oxen.

Have a look on these awesome stats of Oktoberfest

Dates Have Not Been Announced For This Year In Orlando, Florida USA. Stay Updated 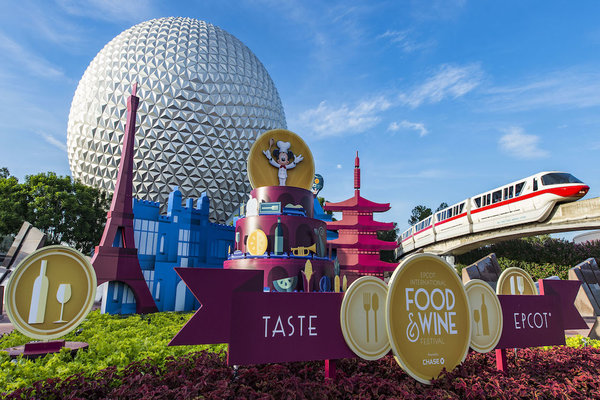 Your three-day epicurean adventure kicks off today with the Ultimate Day at the Epcot International Food & Wine Festival. It's a seven hour VIP culinary extravaganza that starts with a celebrity chef Andrea Robinson-hosted brunch and finishes with a glass of bubbly while rockin' to the BoDeans Eat to the Beat concert.

In between, travel to the kingdom of Arendelle on the new Frozen Ever After at the Norway Pavilion, explore the global marketplaces with a Disney Chef, fly around the globe on the new Soarin' Around the World. Your post-flight snack includes a Cicerone-guided sampling of the Festival's signature craft beers paired with chef-selected delicacies.


Scheduled To Happen On 6th Of November 2018 In Amritsar And Varanasi, India 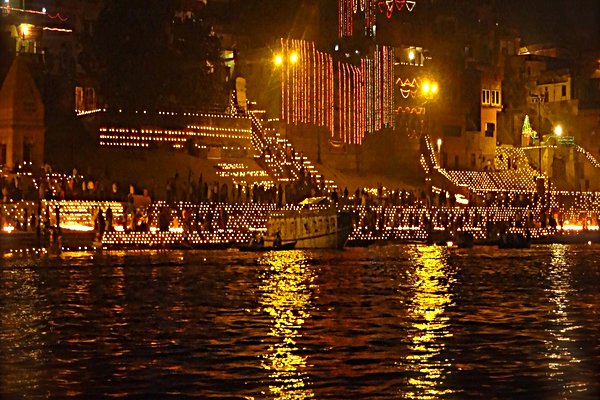 Ghats Along River Ganga On The Night Of Diwali, Varanasi India

Diwali or Deepavali is the Hindu festival of lights celebrated every year in autumn in the northern hemisphere. One of the most popular festivals of Hinduism, it spiritually signifies the victory of light over darkness, good over evil, knowledge over ignorance, and hope over despair. Its celebration includes millions of lights shining on housetops, outside doors and windows, around temples and other buildings in the communities and countries where it is observed. Diwali is also a festival of sounds and sights with fireworks and rangoli designs; the festival is a major celebration of flavors with feasts and numerous mithai (sweets, desserts). The word Diwali means the row(avali) of clay lamps(deepas) which symbolizes the lighting that protect us from spiritual darkness, achieving knowledge from ignorance, love from hatred. They decorate their entire home with oil lamps, earthen lamps, candles, lights throughout the day into the night to prevent darkness and evil. The first thing that strikes our mind is crackers, lightings, colours in the dark new moon night sky.


Scheduled To Happen On 2nd November 2018 In Mexico City Mexico 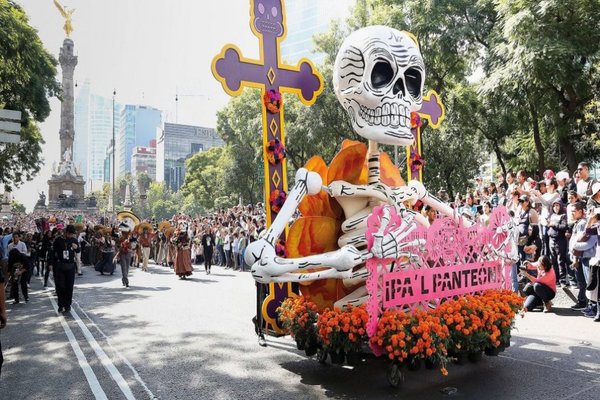 What is El Día de los Muertos, or "Day of the Dead," as it's now known in the U.S.?​
Despite the white faces and the skulls, it's not meant to be a spooky holiday and it's not Halloween. Also known as Día de Muertos, the celebration originated in central and southern Mexico. Those who celebrate it believe that at midnight on October 31, the souls of all deceased children come down from heaven and reunite with their families on November 1, and the souls of deceased adults come visit on November 2.​
Top See Top 10 Photos From 2017 Click Here.
PRINT