10 Weirdest Cameras In The History Of Photography

Time and again we see inventions that leaves a mark and impact on the audience either because of what they are capable of accomplishing or it can be simple because of there design, function or anything else. 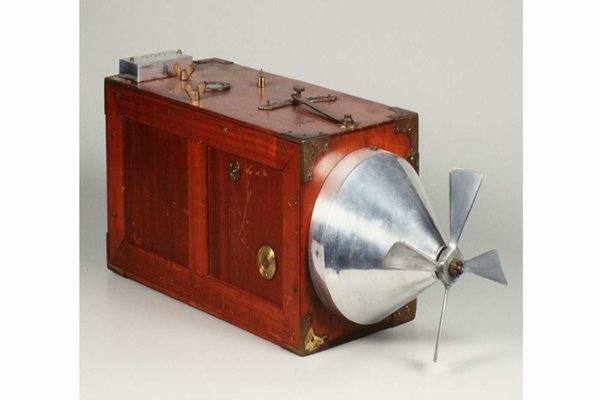 Introduced in 1915 for the purpose of capturing World War 1 images, this British invention would take aerial photos by being hooked to the base of an aeroplane with the propeller at front. The gears would turn the film within the camera through sheer wind power and advance the film roll. 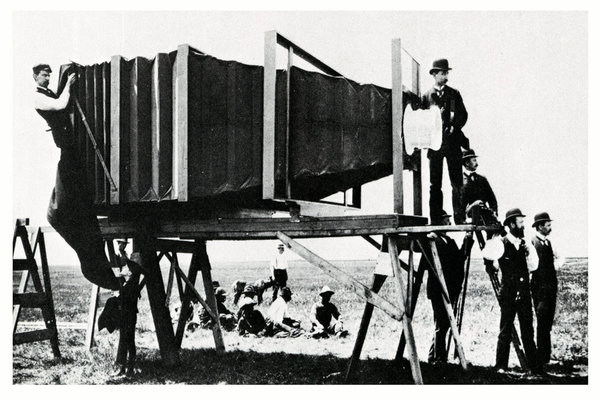 In 1900, commercial photographer George R. Lawrence, who perfected the use of flashlight photography ten years prior, built the biggest camera in the world to take a picture of the Alton Limited locomotive.
George Lawrence used aerial kites to photograph San Francisco after the devastating 1906 earthquake. His photographs appeared in newspapers around the world and generated more than $15,000 for the photographer. 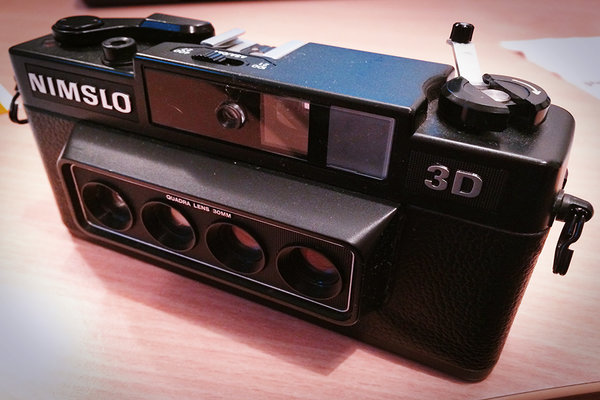 Nimslo, The First 3D Lenticular Camera That Can Fit In  A Pocket

The Nimslo is a stereo camera with a brightfield viewfinder that produces 3D pictures which can be viewed without glasses. This is done using Lenticular printing. It uses common 35 mm film in 135 film format cartridges. It was produced in the 1980s by Nimstec Atlanta, Georgia, USA and manufactured by Timex in Dundee, Scotland. The Nimslo was the first consumer level three-dimensional lenticular camera of the 1980s. There were previous lenticular cameras aimed at amateurs, such as the 6 lens Lentic, introduced in 1953, which used 120 roll film, but the Nimslo was probably the first to use 35mm film, and certainly the first that could fit in a pocket. 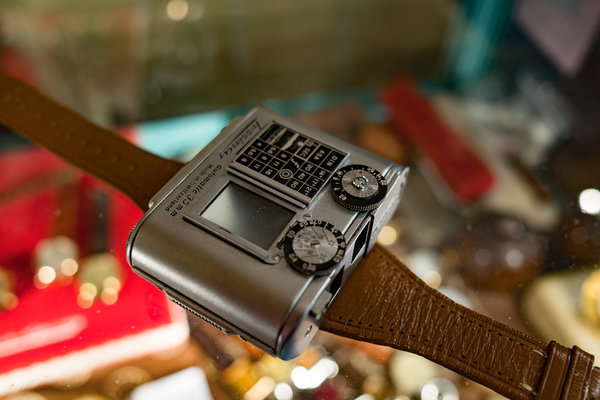 The Tessina (officially created by Arnold Siegrist) is a high-quality 35 mm camera patented by Austrian chemical engineer Dr. Rudolph Steineck in Lugano Switzerland, manufactured by Siegrist in Grenchen Switzerland. It was introduced in 1957 and distributed by Steineck's company Concava S.A and remained in production up to 1996. The Tessina takes 14x21 mm pictures on standard 35 mm film (loaded into a special cassette), making it one of the few subminiature cameras to use the format. It is a very small (2.5x2x1 inch) twin lens reflex, with two 25 mm f/2.8 Tessinon lenses, one for taking the picture, the other for viewing on a tiny ground-glass focusing screen on top of the camera. 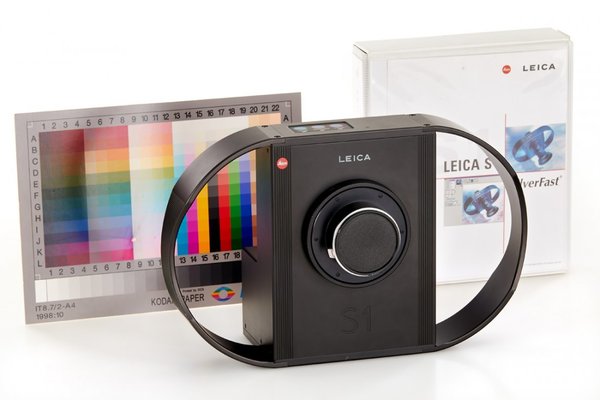 For the record, Leica S1 was introduced 18 years ago, in 1996. Each image was a perfect square crop at 5140 x 5140 resolution and took over three minutes to capture. The camera would need to be mounted in order to pull off perfect still images.

Here are some of the Leica S1 specs:
-26MP 36×36 mm sensor
-Designed for Leica R lenses but provided mounts for all other major lenses manufacturers
-11-stops dynamic range
-only 160 cameras were produced 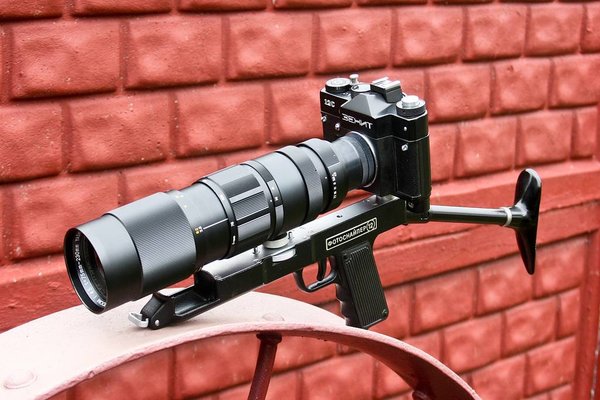 Easily the most intimidating camera in this list, the Zenit Photosniper has its origins in the ultra-utilitarian world of battlefield photography. Designed to take advantage of the accuracy and training of military snipers, the Photosniper is a point-and-shoot camera in the truest sense possible. (Though it was actually just a gun stock for a common Zenit 35mm SLR.)
While the Photosniper was primarily used by the KGB and Russian military operatives, it's pretty common to find working models for sale on eBay. 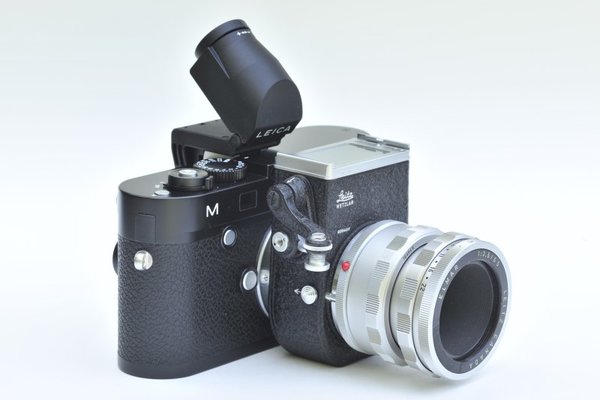 Visoflex, Not Quite A Camera

Not quite a camera, the Visoflex was essentially a mirror box. Leica sought to add to the versatility of their rangefinder cameras by offering an add-on mirror housing, which converted the camera into an awkward SLR with ground glass viewing and focusing.

The Summa Report is a rare and unusual press camera, made in about 1954 by Tiranti of Rome. It is one of only three cameras for which Tiranti is known, and Dario Mondonico states that only 100 were made (numbered 101 to 200). It makes 2¼x3¼-inch (6x9 cm) images on 120 film (or plates or film-packs).

The camera has a very unusual structure. Essentially, it comprises two connected view cameras, one above the other; the upper camera is used purely for focusing, while the lower one takes the photograph; a twin-lens camera, but not reflex. The camera is equipped with both standard and wide-angle lenses, permanently mounted on a rotating lens-turret on the front, allowing the desired lens to be selected by rotating it into position, as on many cine cameras. 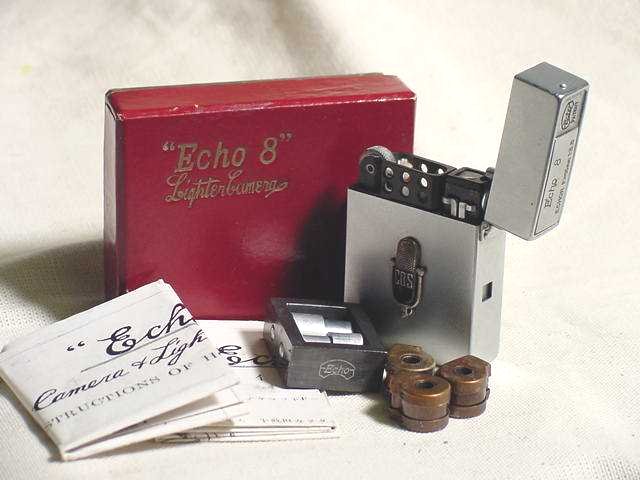 Back in the 1950s, before digital cameras and smartphones, spies relied on inconspicuous objects, like the Echo 8 Lighter Camera, to conduct surveillance operations. As the name suggests, it's essentially a combination of camera and cigarette lighter, made by the Suzuki company from 1951. A few years later, in 1955, they released a simplified Camera Lite model, designed to simply snap and go. 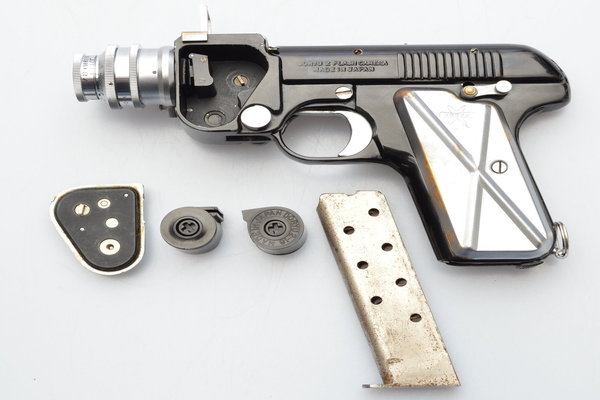 The device is shaped as an automatic pistol, with a hand-grip and a trigger. The total weight is 582g, with 282g for the camera part alone (including the f/2.7 standard lens), and 300g for the rear part with the flash system (including five magnesium cartridges). The rear part is very realistic, with a predominantly black finish. The hand-grip contains a magazine, just as the bullet magazine of a real pistol, loaded with six magnesium cartridges. The magazines are locked by a latch and are easily recognized by the name DORYU 2–16 engraved at the bottom. The cartridges are made of 0.1mm aluminium, rendered waterproof by 8/1000mm tinfoil and liquid vinyl. Each cartridge contains 0.8 gram of magnesium powder. It is ignited by a paper strip impregnated with gunpowder, as was used at the time in toy guns — obviously a noisy process.

I 'am sure you will feel like try one!